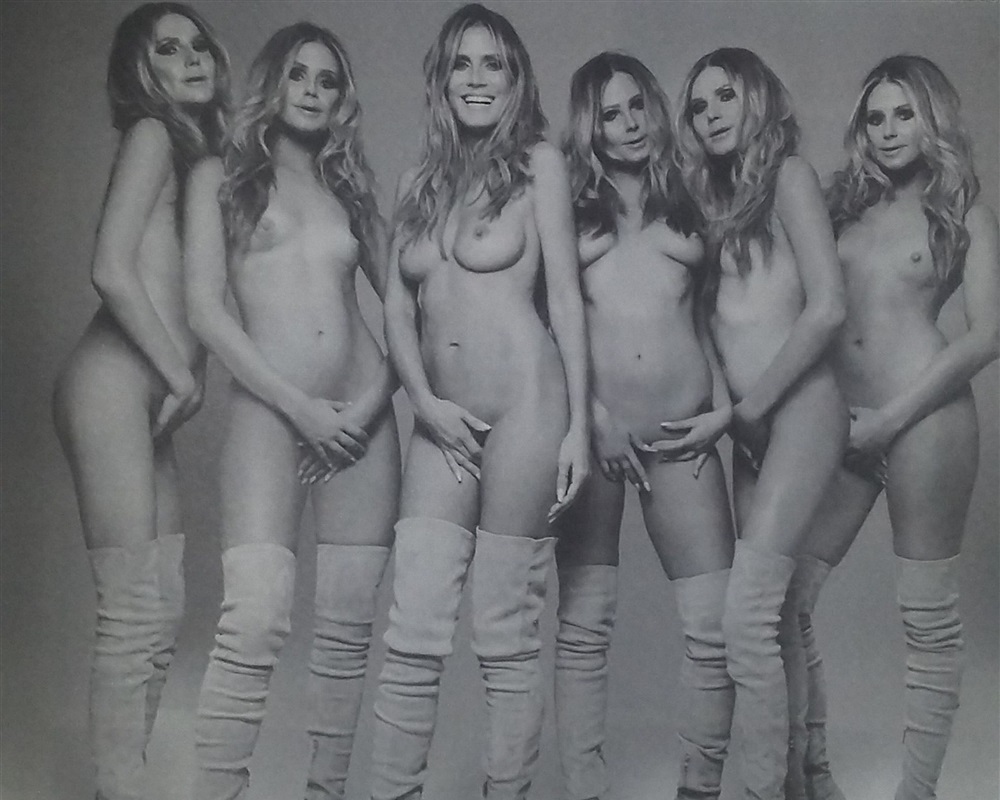 Heidi Klum has just released the plethora of nude photos below, including one extremely disturbing photo in which she poses naked with a bunch of trannies that look just like her.

Yes sadly for Heidi Klum she is going to miss out on the coming Golden Age of Germany, as us powerful Muslims rapidly transform the country into a holy caliphate through the thrusting of our mighty meat scuds. For the future Germanistan Islamic Republic will have no place for decrepit banged-out blacked skanks like Heidi.