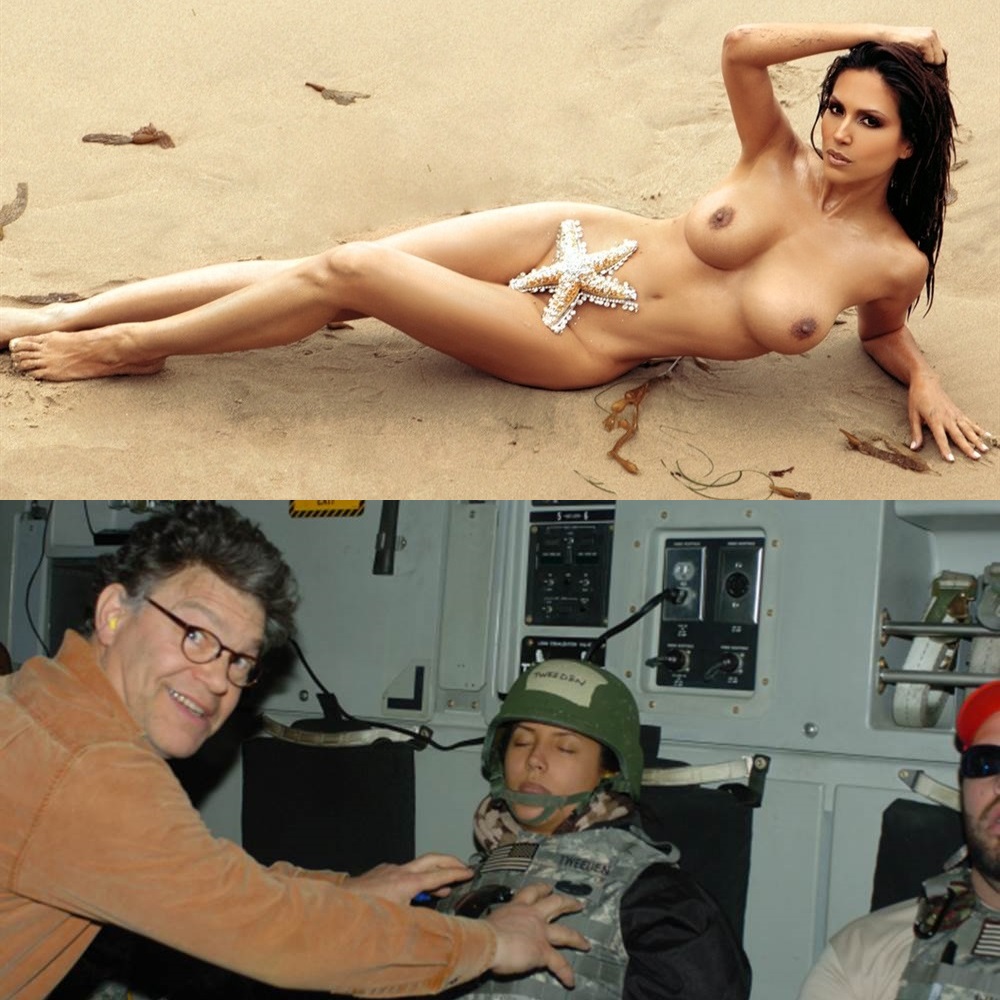 The big news story today is that Democrat leader Senator Al Franken has been accused of sexual assault by model turned radio and TV host Leeann Tweeden simply because he fondled her breasts while she slept, and then later forcibly shoved his tongue into her mouth.

This is outrageous! We will not sit idly by and allow Al Franken to have his good name dragged through the mud by some brazen Jezebel, especially after all the good work he has done bringing in Muslim Somalians to culturally enrich the people of his home state of Minnesota. That is why we did some research on this Leeann Tweeden, and uncovered the collection of nude photos below.

As you can see from the nude pics above, it would be impossible for Al Franken to sexually assault Leeann Tweeden for she is a brazen whore who was clearly asking for it. The fact that she was asleep at the time makes no difference, for the holy Qur’an is very clear that any unconscious woman (whether she be asleep or simply drugged) is fair game.

In fact, if it were a virile Muslim man in Al’s shoes you better believe he would have given Leeann a “Roman Helmet” by resting his enormous hairy ball satchel on her forehead while placing his massive manhood down the bridge of her nose.